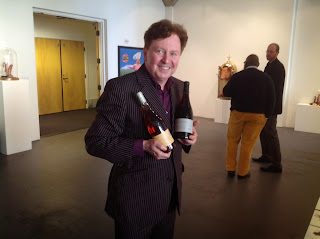 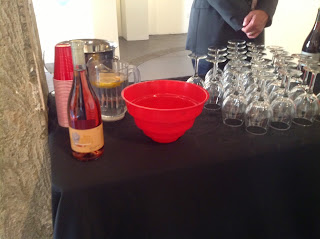 
Posted by Xandria No comments: 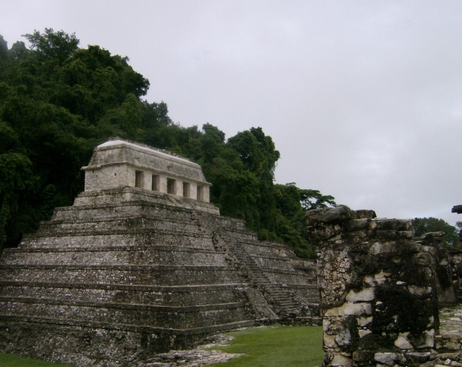 Mexico is a fascinating wine region.  @lusciouslushes and I had so much fun researching and presenting for the IWINETC conference (slideshare here:)

Surprise!  Mexico is a region that  has been producing wine since the 1800's. 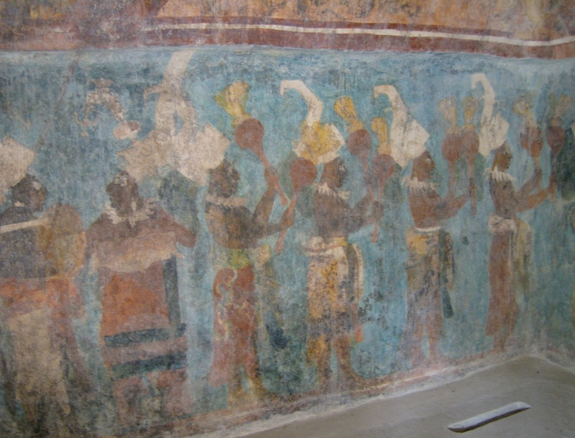 Mexico itself is a wonderful region to travel in as I found on my sojourn to colonial Mexico, enjoying the ruins of Palenque, the nightlife of Veracruz and the culture of San Cristobal de las Casas.  The art, architecture, history and pace of colonial Mexico is special and inspiring.

For me, Morelia was a place we put a pin on to return to see as we wanted to  attend the music festival they have there.  Meanwhile, Morelia was  scene that inspired several Mexican - America vintners to bond in their common interest of promoting wine and vinopanion-ship in 2010.

Still going strong today, this core group of vintners leverage their collective energies to produce wines of quality with a sabor especial.  Next week, their 4th Annual Harvest festival will take place in Napa, CA.

If you are looking for something fun to do next Saturday, August 16th, this is a great way to try something different and special:
"The wines are amazing and it's one of the very few times of the year you can taste Mexican-American Vintner wines all in one place, many of which are not open to the public and are hard to find. " 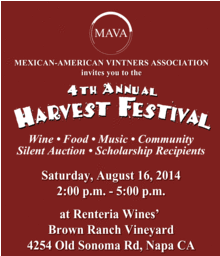 Special Advance Tickets are still available at $75/ticket by clicking HERE or visit www.NSMAVA.org or call 707-266-1296
Remaining General Admission Tickets will be $100/ticket
Tickets at the Door will be $125/ticket.

Tickets also include food pairings from Chef Richard Haake and Winery Chefs with live music from Trio Soleá. Join the Silent Auction and Raffle and win limited production wines and winery experiences from the participating wineries!
Posted by Unknown No comments: